The project involves building a house for a family of four. The plot sits on a big hill at the end of a small forest near Paris. The site sits in an area with many Oak and Ash trees, most of which over 90 feet. There are houses nearby on three sides. On the fourth side, there’s a fantastic forest view. During my first visit, an idea suddenl came to mind: what if I would tell my clients not to build a house? Isn’t it more elegant to sleep in a tent under the trees? I didn’t use those exact words, but that’s how the park of the idea behind the project came to be. After some work, designing a tent-like structure would lead to a shape similar to a lumberjack’s house – This was not what I aimed for. If one thinks about it, we sleep in a tent in our part of the world. Then, we walk elsewhere to do every other daily activity. So, the tent-shaped house project became about creating four homes into one. The first house is a big ground floor, a minimal space where all collectives activities happen. These include living, eating, talking, hosting friends, working, and more. The other houses are three Corten Steel Tents that act as three separate first-floor bedrooms, placed on top of the collective house. In other words, these spaces are three separate private houses, where family members can find their personal worlds within. There’s a parental tent, as well as one tent for each of the two children. The so- called Collective House is an ample open space with functions punctuated by the tents staircases (the tree blocs you see in the plan.) The South-West side Corten steel pillars on the facade offer shade from the sun. That’s where the living room space is. There’s a reading/relaxing zone as well as the kitchen area. The north/east facade has a perforated stone wall that filters light and creates a more intimate dining room space. There’s also a bathroom and an office. Upstairs, in each tent, we can find the bedroom behind a big glass facade. It faces the woods, and it has a dressing room and a bathroom in the back. More importantly, the entry features an arch-shaped door surrounded by a Corten steel leap. That shape marks the passage from the exterior space to the interior. The same shape exists at each tent’s entrance, marking the collective house’s transition to each private environment.I would probably be more cost-effective to build a single staircase that could serve three tents. However, I opted to make three separate stairs to enforce the feeling of leaving an environment, to enter another. Furthermore, the staircases became the focus of the collective house functions downstairs. The house features materials that one could find in a forest. Steel gets rusty when abandoned, but in this case, Corten acquires a protective layered due to its rust, protecting the metal and thus increasing its value. The finely-cut stone remains untreated, retaining its raw feel. There is a pool by the south-west facade. The colors of the house are even more striking during the fall, where the hues of the leaves are reminiscent of the Corten steel.There is a garage for five vehicles in the basement. 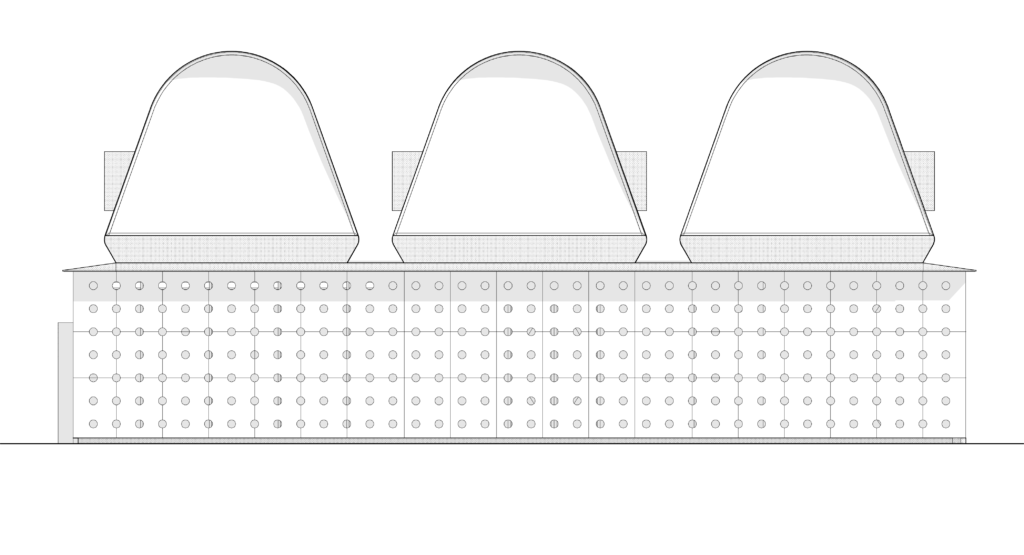 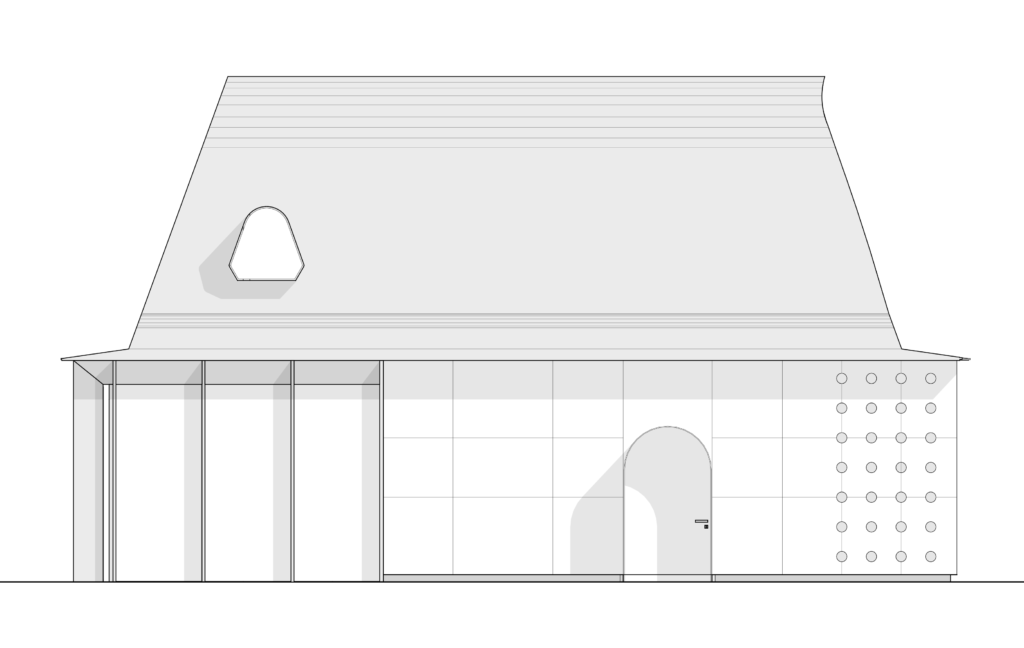